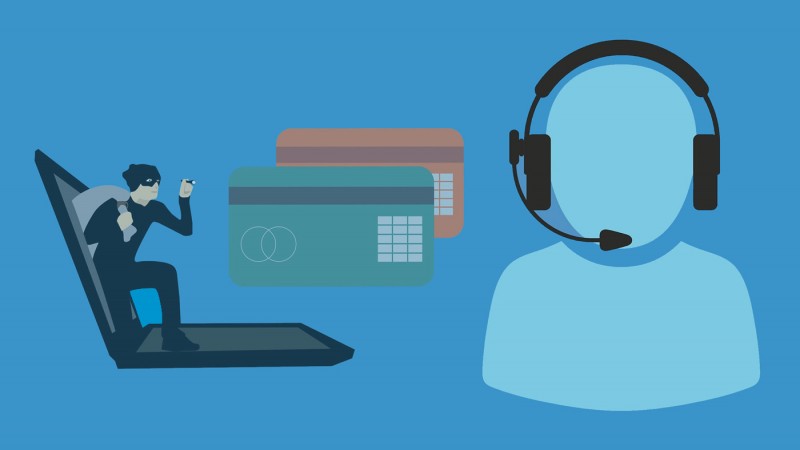 I have had technical support contract with Canon Technical Support for several years, and had received good service from them. The Apple expert there was "Staffon," and I requested him, but when he was not available, "Damon" helped me for problems that did not require the Apple guy.

It is not the money so much as it is what it does to the person scammed.

Their phone number was 1-800-490-0334; email, This email address is being protected from spambots. You need JavaScript enabled to view it.

I receive about 12 scam/unwanted phone calls on my landline a day. I just don't answer them. However, I have a few friends who have old cell phones and the caller ID says, "wireless caller." On this day, July 10, 2020, I received a call from "Wireless Caller," thinking it was my 90-year-old friend, I answered it.

The person on the other end said that he was Damon—that he had been helping me for 12 years, and he identified the computers I had. I told him, "No! You don't call me, I call you!" He said he was calling me because they had been hacked, and they needed to increase my security to include my modem, etc. I asked why he used a cell phone, and he said that they had to change their number because of the hack. He gave me a number, 800-361-7250, and told me to call him.

I called the Canon 1-800-490-0334 number, and got, "The person you are calling is not available, leave a message." (No name or company, just "person." This was most unusual, because someone had always answered before. So I called the number Damon gave me, 800-361-7250. When I called this number, I got a menu, and I selected "customer service" and the message, "this call will be monitored for quality control..." I asked for Staffon. He was all friendly and so glad l had called, and he would install the additional security I needed, as I did not have modem security and I was "wide open." He asked me to give him control of my computer, and he would show me. Once in, he started showing me all a bunch of numbers, etc. telling me that these were attempts to get into my computer. Then he said, is this your bank, and I said yes, then he went right into it, showing all accounts and amounts in each account. I said, "Get out of my bank!" I was really scared. And he said, "Well, you see how easy it is, so you need this additional security." My "life-time" contract would cost $4,476, and it would cover both my MacBook and my iMac, my iPhone, and iPad. I asked him what his name was, and he said David. I said, "I thought you were Staffon." He said, "David Stephen." (I asked him to spell his last name.)

He Was Inside My Computer

I was scared. He was inside my computer. He wanted me to do a bank transfer. I told him NO. Then, he asked for a credit card. The credit card company got on the line and I answered the security questions and I verified that it was okay. I was so scared! Then David directed me to write two checks for the additional amounts, scan them, and send then to him. (I was such a scared idiot!).

During this conversation, I texted my daughter on my cell phone and asked her what security they had and how much it cost. She texted back what she had. I told David, and he said that they were "in big trouble" and were not secure. They installed the "super security" which included Google Chrome that still pops up when I turn the computer on, and I don't really know how to use it.

After this was over my daughter called me and asked what was going on, and I told her. Her reaction was to console me. She told me that the problem now was what it was doing to me. That it was only money, and I needed to forgive myself and let go of it. I told her that they had not "secured my iMac yet." She said, "Well, get your money's worth and have them clean and secure it." July 11, I call and "Damon" cleaned and secured my iMac. (She later felt responsible because she did not tell me to stop the checks.)

July 16, Staffon (Cannon Technical Support) called and said that I was due for a cleaning. I told him what had happened. He said I had been scammed. And that "We don't call you, you call us." I said, "Well, you just called me!"

He said that he called because I was overdue for a cleaning. I asked him to check out my laptop and see if they had put anything on it. He told me to call my bank and credit card company immediately. (He checked out the MacPro, and said it was clean.)

This I did, and I made a bank appointment for the next morning (pandemic rules). The bank changed my checking account number, and both credit cards. The bank thinks that Staffon was in on it too. He called me for the first time ever, it was a week after the scam, and the checks and credit card had gone through. It was lots and lots of trouble, as I had direct pay and deposits on the bank account and a lot of direct pay on the credit card.

Bank told me not to use my computer until Apple checked it out. I did this for my MacPro, but I have not opened my iMac and have not had Apple serve it yet. Today, I received a notice that someone had tried to get into my Amazon account from my iMac. (I have not been on!) This is all so scary to me. I plan to have Apple clean my iMac today.

And, I received this message from you. I hope that this story is helpful and that you can prevent this from happening to others. As my daughter said, it is not the money so much as it is what it does to the person scammed. I am so embarrassed that I have not told anyone but my daughter, the bank, and those who send the direct deposits, and now you.

Have you ever been ripped off or scammed...? Fell for a sales pitch that hurt you? Racked up enormous debt (without knowing it)?

Your experience can help others (and help yourself too)!

In this section, we feature real life stories from people who've been hurt financially, in any consumer transaction, and that have been willing to share their stories, so others (you, perhaps!) won't step in the same trap.

Help others, and send your personal financial horror story, too! If your submission is featured, you will receive a $50 gift card to either Google Play or the Apple Store. Share now.